A couple of month ago I was having a conversation with some friends about VR. I was so not in for the hype. I was convinced it was going to be like Nintendo Wii, fun for like three times and then your sitting in the sofa again with your playstation controller. That was until I actually tried it myself.

I think my main issue was that I was just thinking it was going to be like you know, sitting in the sofa and have just a broad tv. Like looking at an Imax movie, its cool but its not THAT much different feeling from a regular movie experience. But the thing with VR, which I think you don’t really grasp until you actually tried it, is that you really feel you are IN the game. Even though you know it is all fake, your brain trick you into actually thinking it is real.

For example tried a game where a huge robot is entering the room; I knew it was just a game, it was animated for cupcakes sake, but I still was on the verge on a panic attack, as my brain was sending signals in my subconscious DANGER DANGER! I had to say to my self, its not real, its just a game.

We have the  HTC Vive, and I also think that the hand controls give a whole other dimension. Okay, i have not tried Octulus, but I can imagine that it would not be the same feeling when just holding a controller.

So I understand peoples skepticism, as I was there right beside you, but in this case I really think you have to try it before you can say anything about it, as its so hard to understand until tried! 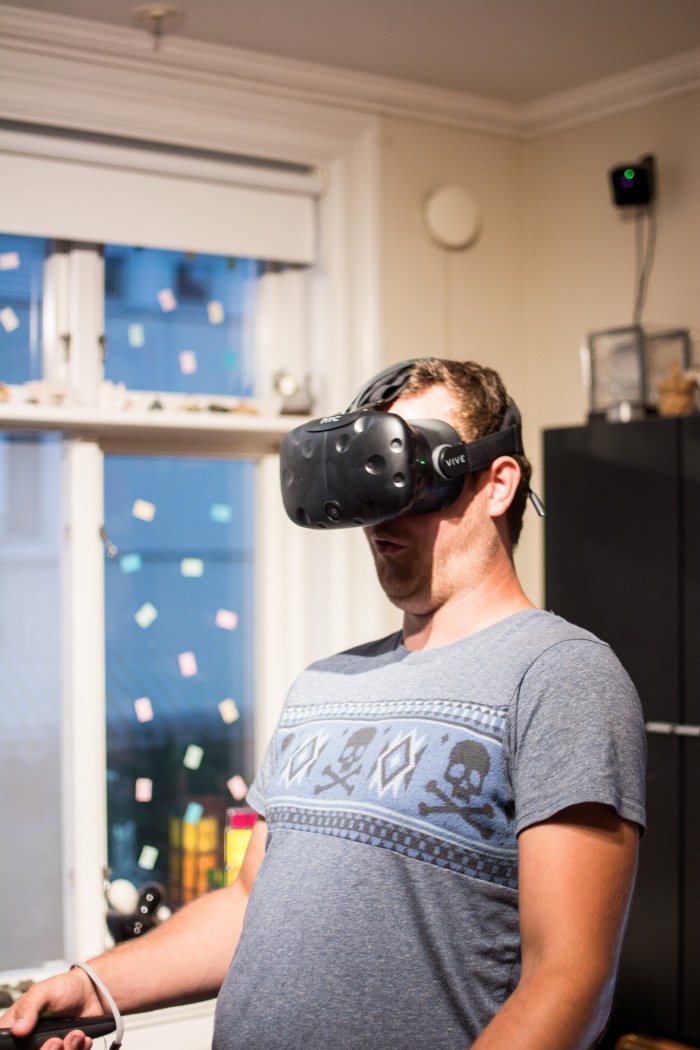