Today we arrived in LONDON! We will only be here for two nights, but I have only three things I really want to do. See the Les Miserables (which we will do tomorrow night), go to the Film Museum and visit the Forbidden Planet Megastore!

The two last things we did this afternoon. I must say I was a little let down of the film museum. Sure they had a lot of memorbilia and costumes from sets, but I thought there was going to be more interactive stuff and built up sets and such. But they only had a big park bench and a Star Wars set that you could pay to take your picture in…
Oh well, at least I have been there…

Anyhouw, the Forbidden Planet megastore was AMAZING! I had a Forbidden Planet just down my street in Liverpool, but that was a tiny store that smelled really bad!
This store was HUGE and I just wanted to biy EVERYTHING!

I found the Serenity comics. I looked for them in Liverpool but they didnt have them, so I am really happy! I also found Gloom- Cuthulu version! The guy at the cashier said it was awsome, so Im hoping he is right. Mats also bought Fluxx- Monty Python version, which I think will be awsome.

And lastly I bought five blind bags wave 6. I got two Twilight Sparkle -special edition 3D cutie mark which is cool! (And if someone want to trade with me I have a TS 3D cutie mark to much 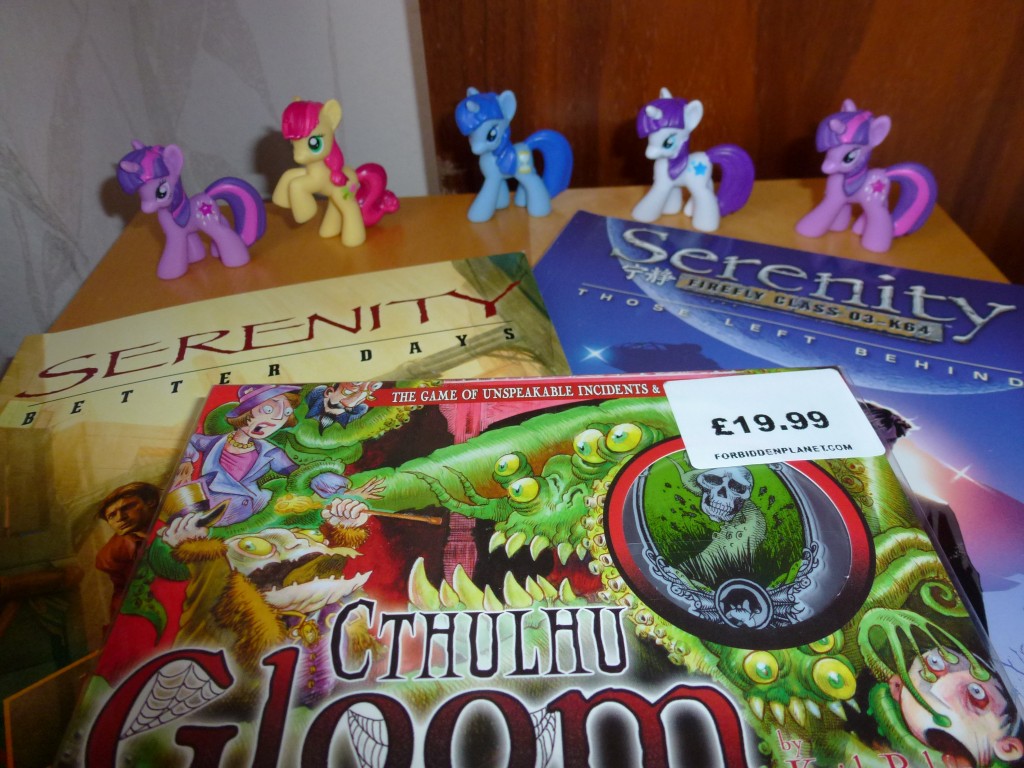