This year I was invited to a halloween party where the theme was ”scary”. I love dressing up, but I had a hard time to figire out what I should dress like. Scary is hard!
I thought about weeping angels and silence, creepers and ender-man, but I wanted to have something that the people at the party was going to recognize.

But then it hit me, what is more scary than a plague doctor? So said and done, I was going hunting for some type of tunic.
I found a white nun-costume that I colored dark and removed the wail and put it over the shoulders instead.
The mask is done by papier-marcher and painted. The hat is my boyfriend (a real Stetson!)  and then I decored it with fake-leather straps from some bags I had for the arms and belt. And in the belt I put an onion, which they apparently gave the poor plaguees, a knife and wood spatel to make ointments.

But as I realized I was not going to have the mask on all the time, I tried to make a ”scary” face, with dark eyes and some oozing wounds, but the oozing wounds was not that great as we both very cheap makeup at the toy store… 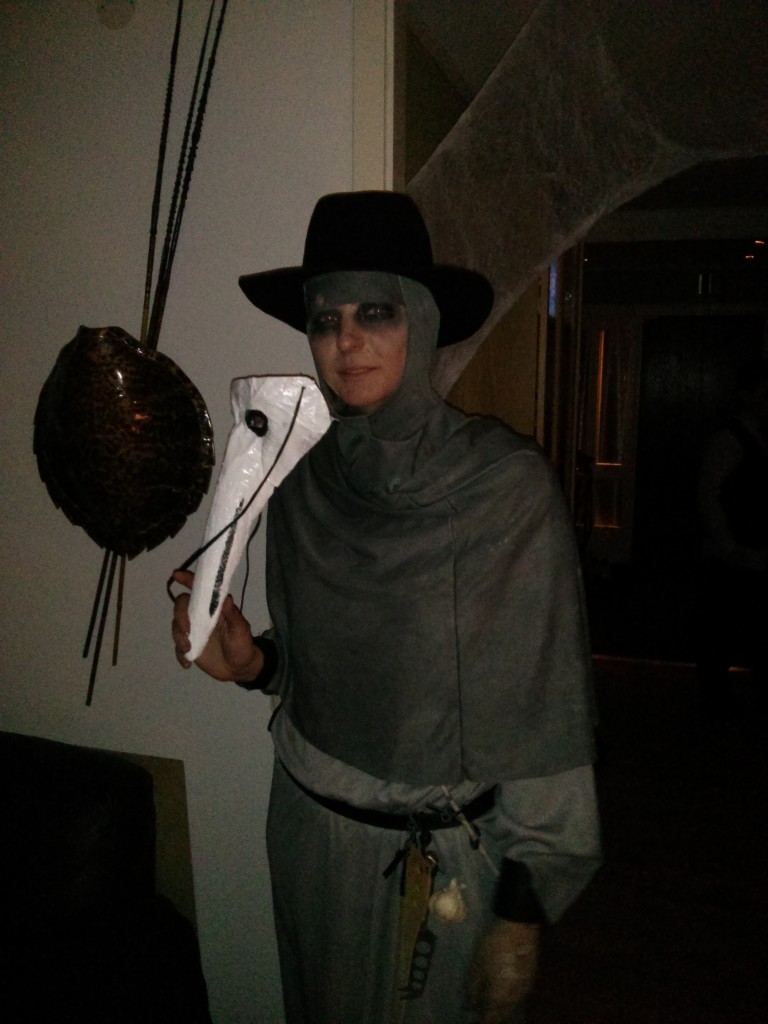