As you might remember I was given ”FireFly-the Game” as a birthday gift all the way back in the end of July. But since the rules where really extent I felt we needed a whole afternoon to try and play it, so to day we finally got around to it.

It said it was to take two hours, yeah right, FIVE hours later I was finally the winner!

But I believe that the next time it will be a bit easier as this time there was a lot reading the rulebook.
The game it self was really nice, somethings in the rules where not really clear, but overall it was all very logical. I felt it was like the space-part of Spore 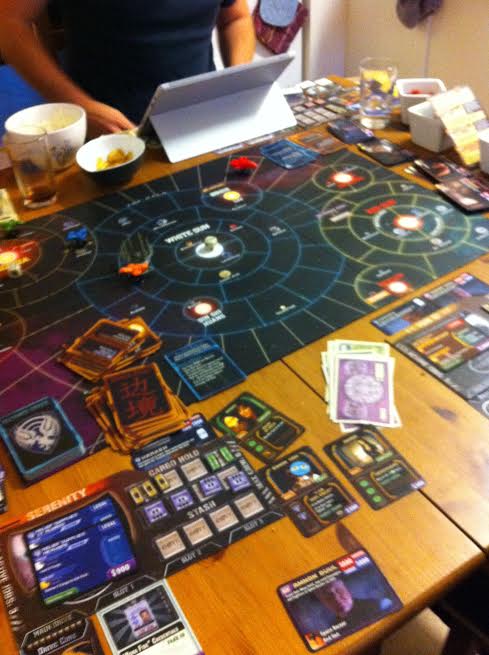